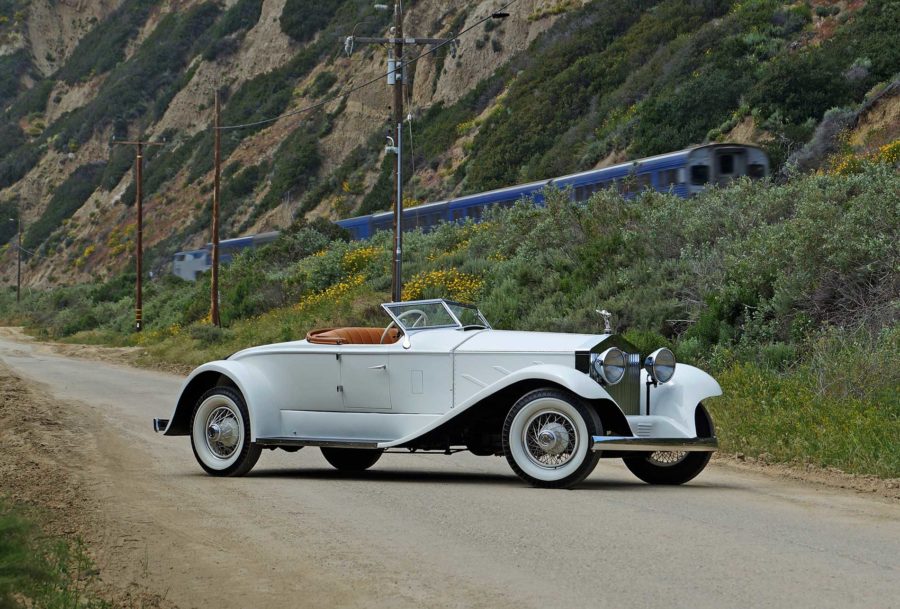 Chassis No. 342LF is one of 1,701 examples manufactured in Springfield, Massachusetts, just 79 of which were bodied as Picadilly Roadsters. It was delivered new to Alphonzo E. Bell, an American oil magnate and West Coast real estate developer, perhaps best remembered today as the developer of Bel Air. In the mid to late 1920s, 342LF traded ownership amongst a two additional Los Angeles owners before being modified and updated in 1932 by Joseph Reindl, a period modifier of European vehicles. The car made an appearance in Paramount’s 1938 crime thriller, Arrest Bulldog Drummond, though it would be another five decades before it resurfaced in Rolls-Royce Owner’s Club records. A restoration, which ultimately totaled over 2,300 hours, was commissioned by the current owners in 2012 and completed four years later.

Tons of additional photos and an expanded history of the car and its owners can be viewed by going to 342LF’s dedicated website: