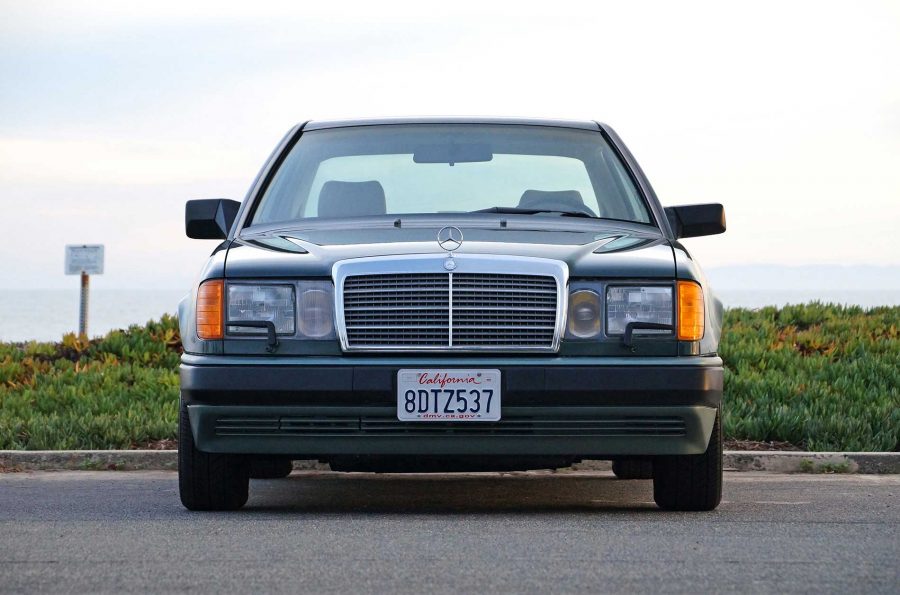 This C124 was sold new to a buyer in New York City, who subsequently used it as his winter car at his home in Palm Beach, amassing +/-35k miles in 17 years. In 2006 it was acquired by its second owner, also of Palm Beach, and, despite hardly using it, kept the car until 2013, when it was acquired by the third owner from Waterford, CT. Sparing use continued until it was given to his son in Southern CA in fall of 2018, at which point we acquired the car.

Power is provided by the original 3.0L M103 inline-six, which is paired with a 4-speed automatic transmission. Equipment includes a sunroof, power-adjustable seats, and a Becker radio. Service carried out over the past six months consists of a new steering damper, tie rod assembly, idle valve, and an inspection. Having enjoyed the car personally for the last +/-2,000, it’s a very clean, mechanically strong C124 offered with factory manuals and toolkit, a clean Carfax report, and a clean California title.

A short video of the car can be seen below: